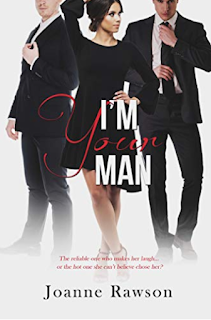 It all started with a simple crush. To Ruth (and every other woman on the planet,) Justin was as handsome as could be. One day, while she was working out at the gym, Justin asks her out on a date. From there, things progressed to a “two night a week relationship.” At first, she relished on nabbing the hot guy, but then his lame excuses for not being there started getting old.


One night, after being stood up yet again by her so-called boyfriend, Ruth gets drunk and inexplicably has her first one-night stand. Needless to say, she was mortified, especially when she realized she had just bonked Mr. Average and not Mr. Adonis.


Of course, Ruth wasn’t the only one who got off on that night. After being denied for so long by his ex-girlfriend, Danny certainly had some pent-up sexual energy.


Story was well-written and easy-to-follow, although it was slow at times. Dialogue was fairly witty but tended to over embellish at times. Story had its moments, but it didn’t quite captivate me.