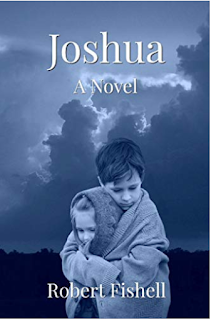 Life is bleak for 12-year-old Joshua Miller. He's failing in school, his teachers pick on him, his classmates laugh at him, a relentless bully terrorizes him, his best friend has moved away, and he's hopelessly in love with the prettiest girl in his school. At home, his harsh and distant father has all but disinherited him, he worries his mother to tears, and he squabbles senselessly with his pretty, talented sister Anica, who seems to be everything he is not. Then adolescence comes along and really complicates things. A torrent of long-denied feelings for a sister who once adored him compel Joshua to repair the damage he's done to their relationship. His longtime babysitter helps him to understand things his mother doesn't know how to tell him and his father doesn't want him to know. Then, in a murky funeral home far away from home, he meets a distant cousin who changes his life in ways he could never have imagined. As Joshua starts to turn his life around, his father's tortured past catches up with him, and life at home begins to unravel. Joshua is faced with a decision that could imperil his very life. He will risk everything to protect his sister, and in the process, he learns the power of love and the meaning of courage.

My review: From the day she was born, Joshua Miller has stood by his little sister.

“The bond between them was the only thing that gave Joshua any respite from his struggles.” (6)

He begins his growing years in kindergarten, separated from his beloved sister. As time goes on, she learns and gains other interests. Loneliness and resentment soon begin to take root in Joshua as he realized that his sister doesn’t seem to need him anymore. Then Josh starts having trouble in school while his parents quarrel in the background. Anica would have fun in school while school was a prison for Josh. He was the loser kid that nobody wanted. And he was so alone.

“Was that to be the purpose of his life, to acquiesce, just to be nagged, scolded, and lectured?” (39)
No one loved him—not his teachers, not his classmates, not his parents, and not even his sister it would seem.

Throughout his school years, Josh had learned to survive. Meanwhile, the rest of his family was dealing with issues of their own. Anica couldn’t figure why her brother was so angry at her. His mother questioned what was happening to her children. His father didn’t know why he even bothered with the boy. The emotional baggage weighed heavily on them all. I’m not sure if the POVs of the other characters lent anything to Josh’s story.

The writing was good, but I think the story lamented too much on the emotional aspect and it was further strained by the various points of view. For instance, I don’t think it was necessary to relive how the parents met. If the story had to have the differing POVs, then it would’ve been better just centering it on the key players of the family (Josh, Anica, mother, father.) Instead, we got the views of even more characters. Cammie, Becky, Mary. I mean, who were all these other people?

The whole thing was a good drama with an emotional toll. Even though the book was titled after Josh, the story is really about a family being torn apart by feelings and issues. Readers will definitely feel for these characters. Story is a lonely and poignant tale with an impactful ending.

Fifth grade played out like a bad sequel to the previous four years, the umptieth iteration of some idiotic slasher flick where everybody knew the killer would return and the victims would stupidly look in the basement.


Joshua was able to scrape by in school only because of the intervention they said he needed. He was forced to stay after school three days a week while a teacher would go about the room checking his work and that of the other dumb kids. She would stand by his desk, condescendingly walking him through his work, treating him as she might treat a much younger child. It kept his grades marginal, but he didn’t feel good about it. It only reinforced his notion of how stupid he was.


When homework hour was over, the streets and sidewalks would be empty of other kids, who were off somewhere not being losers. At least it provided him with a way of avoiding Jesse Duncan. On the days when he was allowed to leave school on time, he left by a different door each day and took a circuitous route to get home. Jesse would still ambush him occasionally, but Joshua learned that if he could just keep his head down for a couple of  blocks, Jesse would have his fun and then leave him alone.


He still gazed hopelessly at Becky Lindstrom, who just got prettier every year. The thought that she would never know he was alive no longer depressed him. Seeing her allowed him to feel something that was not black and shapeless like the other things he felt. She was a little ray of sunshine penetrating the canopy of the dark forest he wandered through, trudging towards his eighteenth birthday and life on the streets.


Anica continued to get better at the many things she did so well. She had lots of friends, and she was happy. Joshua continued his snipes and insults with her, and in time, she learned to give as good as she got. Their mother scolded them both for bickering but she gave up trying to reconcile the two of them. They would have to work this out on their own.


In the spring, Joshua and the other fifth graders were given a tour of Harry S. Truman Junior High School, where he would go next year. The school was much bigger than Lincolncrest. The floor plan was confusing, and there were long, imposing rows of lockers everywhere. Instead of one teacher, he would have five, one for each subject. It was scary, Joshua thought, but he also thought it could not be any worse than Lincolncrest. He had not learned how to achieve, but he'd learned how to survive.
Posted by Sandra's Book Reviews at 8:15 AM