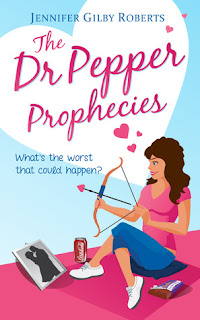 Mel Parker’s boyfriend has just dumped her—literally—at the airport after she had a pregnancy scare in the plane’s bathroom. She is a neurotic, obsessive character that can sometimes be deemed as funny, but not usually. The 1st person perspective is written in this snarky, witty, so-called humorous style.


Mel decides to embrace the single life, but a new co-worker may change that. In fact, I think her male BFF may be the Harry to her Sally (the movie was referenced in the book.) Story has a Clueless plot theme because Mel, like Cher, embarks on a quest to help others in naïve, harebrain ways (ex: she helps the 29-year old virgin break out and live a little.)


All in all, this was nothing but the mindless jabbering of a London nut job.

My rating: 2 stars
Posted by Sandra's Book Reviews at 8:22 AM