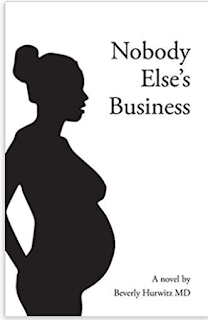 It's the 2008 election season and the war between Pro-Life and Pro-Choice factions has become so intense, that one organization is scheming to cause unintended pregnancies in the families of Pro-Life politicians, while another encourages its followers to bomb clinics and cut off the hands of doctors who perform abortions.The conflict gets much more personal for the family of Congressman Mark Wagner. His fourteen-year-old daughter, Pamela, fending for herself while her parents were preoccupied, had insufficient knowledge to avoid pregnancy. Senator Roger Evans's seventeen-year-old daughter, Vivian, faithfully took her birth control pills, but as can happen, they failed.Both teenagers have fathers who are staunch Pro-Lifers. Both teens and their associates wind up in grave danger when conspirators expose their private dilemmas to the world.This political thriller explores the medical, religious, economic, and historical aspects of the abortion issue, as it draws the reader onto a frightening battleground where powerful forces resort to extraordinary weaponry to both preserve and eradicate the rights of humans to fully understand and manage their ability to procreate.


My review: Eliza was a nurse in the OBGYN ward. Pamela was a young, sweet teen that just gave birth to a dead baby.

Vivian was a college kid in the middle of a pregnancy scare. There was no way that she could tell her academically driven boyfriend. They weren’t prepared for this. Maybe she could get an abortion? But she wasn’t brought up that way.

When I started this, I was hoping to find a story in the array of contractions, C-sections, and premature abortions. It can be quite detailed in the schematics of pregnancy and labor (it was almost nauseating.) The action and drama parallels what you’d find on ER.

Ultimately, this was about Pro-Choice activists A.K.A. “NEB” (Nobody Else’s Business) waging against Anti-Choice politicians. The lives of various characters are intermingled in a political debate of Pro-Choice.

I’m not much into politics, but I can certainly value the complexities of women’s fiction and this book was definitely complex. First of all, there were too many stories in one, even though each character’s perspective brought a little something to the mix. I’d say the best story was with Vivian and Greg—their love triangle and pregnancy problem.  The whole thing had that dramatic flair and tension between the characters, but it was much too complicated. There were actually too many characters. You almost lose track of who’s who. This book was leaning toward a political thriller, but I didn’t quite get that feeling; it felt more dramatic than anything else.

My rating: 2 stars
Posted by Sandra's Book Reviews at 9:45 AM