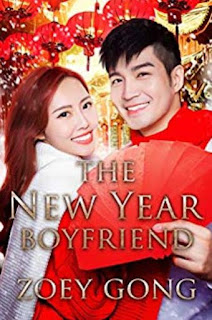 Winnie is a goal-driven student with no respect from her peers, colleagues, and especially her family. Coming from a traditional Asian upbringing, Winnie’s task was rooted in her from the start: get a job and find a husband. But she didn’t want to get married. Her only focus was on her medical career.


For Winnie, having a Chinese mother was grueling and overbearing. The mantra that “boys were preferable to girls” was an established fact in Chinese families, making it harder for Winnie to be independent. Girls from most cultures would be able to relate and attest to this. Winnie’s mom is so bossy with ordering her to come home for Chinese New Year and telling her that she will marry this Chang fella. Kinda scary.  What was Winnie supposed to do? She couldn’t ignore her family duty, but she also refused to get married. Maybe if she were to show up with a boyfriend, she might get her mother off her back.


Kai is an IT guy moonlighting as a taxi driver just to earn money to pay for his mother’s hospital bills. Then he hears about an article about posing as a New Year boyfriend for Chinese girls that just need a front for the family. Hey, if it pays, right?


Right away, you feel for each character’s predicaments.


Story was a little lagging and the writing was fairly simple. It actually takes a while for this deal to be made. A lot of family drama made the whole thing draining.  A few of the tid bits on Chinese culture was interesting, but I wish the story would’ve been more amusing. The obligation of family was an overbearing weight on independence. I could totally relate to Winnie wanting to be her own woman and liver her own life.


I’m all for multicultural fiction, and this one was a decent read on love and Chinese culture.