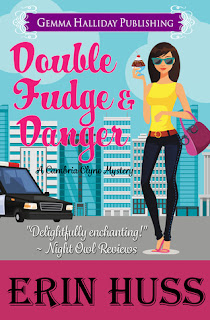 Cambria Clyne, an apartment manager in L.A, was a low-income, single mother of a 3-year old daughter. She also had a bad habit of eating her feeling. Well, I guess you would too if you had her job with the late-night “emergency” calls and frustrated tenants.


Naturally, Cambria talks about the eclectic variety of characters that take up residence in her complex. Cambria is definitely as quirky as her tenants though, especially with her tendency to overthink and ramble on in her brain. She makes a lot of notes to herself.


When another on-site manager goes missing, Cambria was tossed into the mix. After all, there was a lunatic kidnapping apartment managers!


Although this sounded like a decent cozy mystery, I have to say that the mystery was rather slow and daunting. It felt like I was getting more of the neighbors (their leaks and problems) rather than any details to the case. The story really didn’t hold my interest.