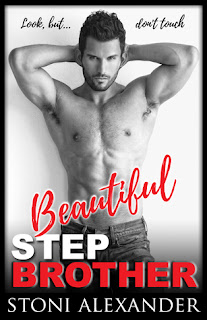 Zander King was the “love-em & leave-em” playboy working through a rough patch in his land developing company. With no business deals coming through and a monthly loan looming in the not-so-far distance, Zander was up against a wall. When he discovers that one of his floundering business deals had to do with his detached father, his focus comes to a stand-still.


“Starry Cove had the potential of becoming a vacationer’s paradise.” (11)


Then his father dies, sending him back home to Starry Cove.


Cash-strapped Savannah was saddened by the loss of her stepdad, whom she was close to. At the will reading, she runs into her stepbrother, Zander, whom she hadn’t seen since he left for college. Man, did she have a crush on him back then, and the boy only got hotter with time. Amidst the sexual tension, Zander and Savannah realize that the will had granted both of them shared rights to the Starry Cove property. The dilemma: he wanted to renovate the land, and she was instructed to vote down his dream project.  The goal: he’d do anything to get her to give in with his “down-and-dirty” game plan.


“You and I couldn’t be more different. You’re all about land development. I’m about preserving  the  environment.  You want  to  build  a  glitzy stop-n-shop and I want to honor Kyle’s wishes. You’re an uptight suit and I’m  a  carefree  spirit.  But we are in agreement on one thing. Hooking up would be wrong. Very, very wrong.” (42)


The two battle with pent-up passion boiling inside them, until…it explodes.


I thought this was pretty good. Story was well-outlined and the characters had good sexual chemistry. The business schematics were a bit dry and, at times, slowed the pace down.  Still, this was a good love story of the wickedly sinful kind.