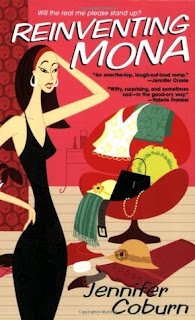 Mona is a dull drone that just wants “to be seen, to be known, to matter.” She feels insipid, vacuous, and plain vanilla. Her goal is simple: Marry Adam (her dream guy), have his children, and live a life of marital bliss and happily ever after. How very Donna Reed.

Right away, Mona strikes me as very naïve and neurotic. I mean, I wouldn’t have quit my job for trying to become the woman of some guy’s dreams and to transform her life into the “wonderful life.” I mean, it be interesting to see how she’d go about doing something like that. But I agree with Judy that Mona should really focus on loving herself rather than aim to be “disgustingly married” to Adam by next Christmas.

Narrator Mona deviates often with her inane ramblings and goes off tangent often. One minute, she’s an adult talking about her “plans” and, the next, she’s a teenager reliving her past. WTF?! Who cares!

Bulk of the story is on Mona yammering on and on over senseless, useless stuff. She’s basically a student of dating and was aiming to convince (or voodoo) Adam into thinking that she was perfect for him.

A fruitless story with no end.

Best quote: “Changing yourself into who you think someone wants is hurting yourself. It’s a rejection of who you are…[it’s] emotional suicide.” (LOC 449)