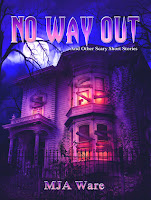 Quick and ironic tales of humor, not fright. They were like Goosebumps and Tales from the Crypt; they were like watching a Simpsons Halloween episode.  Clearly this was intended for a YA audience with its prepubescent writing style. I mean, what would you sacrifice for Kobe Bryant shoes? The stories were not all scary; they were cute actually.


In all honesty, this book only had 3 stories. Only 3? That’s it? They were way too short; they were almost like a paragraph each. Hell, the preview of Super Zombie Mega Bomb at the end had more meat. Based on what I read of Super Zombie, it was funny and sarcastic. It was the kid version of the movie, 28 Days Later; it had the same creepy intro of world abandonment.  It seems like a good teen read. I probably should’ve started reading this than those lame stories.