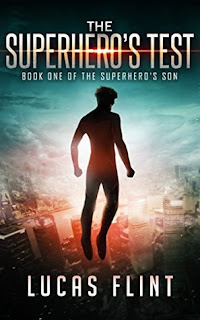 17-year old Kevin discovers that he’s the son of a superhero soon after he displays massive strength at a new school in Texas. His father tells him that he was destined to come into his powers. Cool! Question was: What were his powers? That’s what we’re trying to find out in this story.


Meanwhile, a master villain that was once defeated by his father escapes prison looking to exact revenge for his son. Who’s his son? Of course, it would be none other than the bully at school. So now Kevin must train to protect himself.


This is basically about a young kid coming to terms with his adolescence while learning how to use his super powers. Story kinda has a Smallville (Superman’s young story) feel.


This sounded kinda cool at first, but I could not get over how much the boy talked. He talked and talked and talked. What was he a girl? I also thought the whole discussion on Neohero biology was super dull. The bulk of the story centers on the boy being schooled. It’s just one, big, LONG test.

My rating: 3 stars
Posted by Sandra's Book Reviews at 8:17 AM