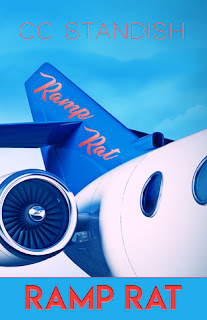 Dedicated to the working stiff with a double life


Welcome back, Conrad! Last time, the witty slacker gave us a bungling account of working low-wage retail and fast-food jobs in The Customer is Always Wrong. I just enjoy this author’s hilarious accounts on work and life. His satirical prose summarized how much working sucks. Now, as he approaches his 20’s, he begins working as a baggage handler at Aircraft Services, which allowed him to fly damn near anywhere for free, which may not sound like much, but for a Minnesota kid, who was “landlocked in the center of the United States” and has never been anywhere, this was a desperate cry for freedom. “There was a big world out there full of fun girls.” (8)


This book takes the reader into the life of a Ramp Rat. “In some ways, the airport was a lot like prison: each day you passed through a secured gate into restricted government property and spent the next eight hours surrounded by men with nothing but time on their hands.” (29)


I kind of figured working the grinds of a terminal airport would be mindless and tedious. Admittedly, the day-to-day tasks slowed down the story a bit with all the plane jargon and whatnot. But, just like the last book, the story was full of colorful characters and snarky dialogue.


“I pondered my next move: my girlfriend had just dumped me, my rent was being raised, and my overnight bag smelled like piss.” (63)


In this sequel, good ole’ Conrad learns the hard way that life ain’t all peachy keen and that sometimes, even though you don’t want to, you have to be a grown up.


The book had the same old intellectual wit and crude commentary from the previous work, but it just felt a little subpar. The story tended to go off-tangent at times and it sort’ve lagged a bit. I definitely liked the first book better. This one was pretty good, but not as good as the first.