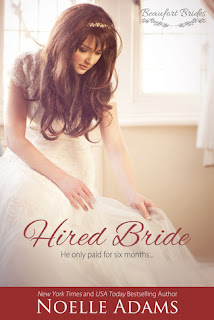 At 26, Deanna does everything she can to preserve her family and what’s left of the Beaufort mansion, fortune, and name. But the money is tight, and her granny feels if her granddaughters could marry rich guys, then it would take care of everything. But Deanna doesn’t want to be sold, but, still, she reluctantly attends the ball. What is this, Cinderella? And that’s where she meets Mitchell, a rich, arrogant jackass, who only wants to acquire this restaurant for his business deal. He’s willing to do anything for it, even fake a marriage to do it. So he hires a bride—Deanna.


Like A Negotiated Marriage, this had a marriage of business. It’s not real, but then it becomes real. It was only supposed to be for 6 months, but then the plans suddenly change. Yes, there was sex, but not as overbearing as the last book. It was nice that Deanna was being taken care of for once, after spending her entire life looking after others.


This was a better story.