Review: THE THINGS WE DON’T SAY OUT LOUD by Rochelle Walters 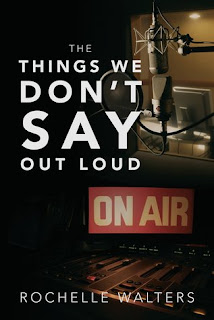 After all her hard work, Sheila has finally gotten to where she feels she was always meant to be: the world of radio psychology.


With such topics as “Removing our Demons to hear from our Angels,” the show had motivation but hardly any levity, mainly because the goal of the show was alleviating the hardships of the black community. And Sheila does her best to help them. Often referred more as a “powerful life coach,” Sheila works long and hard, even though she doesn’t consider what she does as “work.”


Life couldn’t be more perfect for Sheila, except perhaps this “secret” of hers. What is the secret and why is she reminded of it?


Story is basically about “the things we don’t say out loud”—the secrets we hide from the world but live with everyday, the memories that haunt us, the pain that resurfaces and eats away at our soul. It’s the kind of story that begs the question, “Why me, God?” It’s about life, and these characters are living it. In this book, one man fights with his estranged wife, another finds solace at the bottom of a whiskey bottle, and a woman goes crazy upon learning of her boyfriend’s infidelity. At times, the story lagged a bit and some of the characters were not that interesting; however, readers would still be able to relate to the characters in some way.


The real mystery is on Sheila’s secret. Although I was curious about it, it wasn’t something I was dying to find out.


Overall, the book plays with a little mystery, but it’s really more of an urban drama.