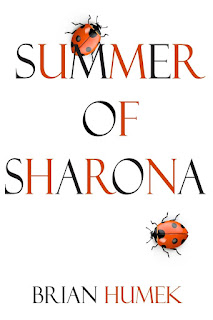 Ashley was riding with her aunt when she first heard “My Sharona” on the radio. At the time, it was the only thing that brought a smile to her face after her drug-addict stepfather lost his temper yet again.


Story had a rather slow beginning as the featured setting was at a White Sox baseball game at a time when people were turning against disco. Throughout the whole game, all you heard was “Dis-co Sucks!” But it seems that Ashley dreams of far-away places, to get away from her evil stepfather once and for all, even though the drama was sort of downplayed. In fact, the whole thing was rather humdrum.


The Summer of Sharona is simply the summer of the song’s soaring popularity, a summer of youth, fun in the sun, and jamming to a variety of tunes. It almost reminds me of American Graffiti in which everything (drama, love confessions) happens in this one summer, taking you on a fleeting tour of 1979. In fact, it felt like the era was the focal point and the characters were the background revolving around it. This was an interesting format, but it just wasn’t compelling enough for me.