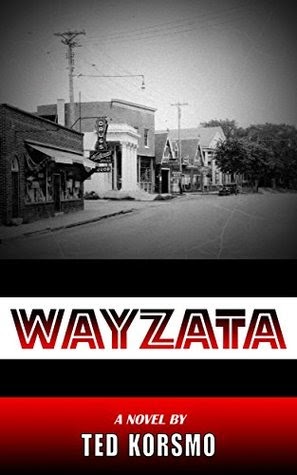 Set in the late 1930's, our yarn is set in the rural, resort suburb of Minneapolis. Detective Carroll LaRue has quit his badge, picked up stakes and put a haunted past in Hollywood behind him -- after all, his fellow officers on the LAPD kept mistaking him for a perp. LaRue exchanges the hilltop lifestyle and orange groves for a hardscrabble, hand-to-mouth existence in the blue-gray Midwest. Taking photos through windows, even if the people aren't movie stars? It might not be sexy, but it's a living.


My thoughts: By the way it was written, I could almost hear Dick Tracy’s voice—stark and shrewd—adding color to an otherwise quiet and monotonous town, presenting a scene right out of a 1930’s noir flick. The spit-fire dialogue of our detective was very fitting.

At first, the story was slow at capturing my interest. It almost seemed like there was a mystery behind the mystery by the way the conversation between Mrs. Fortescue and Mr. LaRue lagged on. Why couldn’t she just tell him what she needed him for? To follow a husband’s mistress, got it!

Most of the story was centered on the ins-and-outs of Wayzata (well, of course, since that IS the title,) but I felt that it deviated the focus from the mystery, which was what I really wanted to dive into.


Overall, I felt that it had the potential to be an interesting read, but it didn’t quite pan out for me.