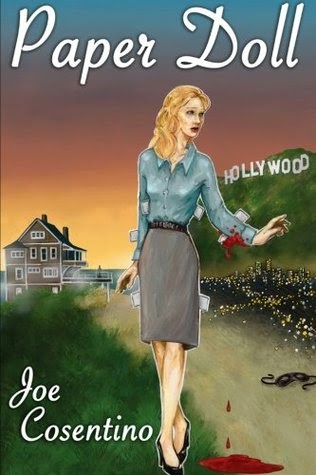 Jealousy, resentment, anger—all were combined to grant Bette Davis a stark, chilling presence in Whatever happened to Baby Jane, a simple psychological thriller that gave the horror genre a brand new name. Totally awesome! Surely inspired by such films, Paper Doll was a story I was definitely looking forward to reading.


Jana Lane is a former child star plagued by haunting memories of her time in the spot light.


“Back then . . . I was under a great deal of pressure. From the time I was six years old until I was eighteen, I did two films a year and went to classes on the set. I enjoyed the make-believe . . . playing so many characters in so many different locations. But the movie business is a business. An entire studio relied on me to deliver audiences—film after film. Not only the studio boss, Mr. Cavoto, but a great deal of people’s livelihoods depended on the success of my movies—producers, directors, writers, actors, publicists, costumers, set and lighting designers, sound engineers, camera operators, and makeup artists . . . to name a few.” –Jane Lane (13)


Now that the pressure was off, Jana could enjoy her time, her family, and her wealth. But nothing was ever easy. She kept on seeing images of her past, re-living that horrible incident at the studio; she kept on seeing the man in black.


Who could this stalker be? With all the crazed fans—fans still following Jana, wanting to be close to her, to touch her—it could be anyone. And what about her sanity? Could she be imagining all the strange, eerie things that have been happening?


Confusion clutters poor Jana’s mind, but still she trudges on, digging deeper and deeper, trying to gather the broken puzzle pieces from that incident and uncover big secrets—secrets that may tear Jana apart.


With his in-depth knowledge of the film industry, Cosentino weaves an intricate tale of tantalizing mystery and emotional turmoil. Taking the reader on a long, arduous journey through a child star’s past, he reveals the incredibly insidious show behind the stage curtains. Reading it will make you feel like you’re watching a 1930’s movie, resplendent in its classical theatrics and notable effects. At times, it became a little daunting, especially when the POV kept changing and the past-present kept switching back and forth in the same paragraph.