Blog Tour: The Storm of the "i" with guest post by Tina Collen

Today is the day. We have author, Tina Collen, on the spot with her book, The Storm of the i.
Below is a guest post by her.

MY FATHER DIDN'T SPEAK TO ME FOR 15 YEARS AND I NEVER KNEW WHY
Then I wrote the book I needed to read.

On the first three stops of this Virtual Book Tour, I talk about the inspiration for writing my memoir: ( http://www.jamesrament.com/ http://bookfetish.org/ http://jmomfinds.amoores.com/) 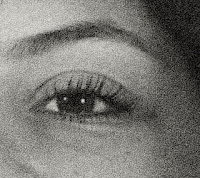 But let me tell you what happened after I wrote it. When I finished the first version, I thought I was finished. But as I re-wrote and worked on it, an interesting thing began to happen. The blame started to come out of the story. It wasn’t an easy thing for me to do. Something inside of me wanted to keep on blaming, keep on being self-righteous, keep on being the victim. But as my emotional life became imbued with my objects and my writings about them, and everything stayed in front of me day after day, the blame somehow started to dissolve. And as it disappeared from my writing, it started to disappear from my life as well. I was able to say “This was my story instead of this is my story. A simple change of tense changed my life, moved it out of my way, put it someplace I could always find it if I needed to.

So when I was really finished, I took the manuscript with me to New York when I went to visit with my sister and brother-in-law. Since they are an essential of the story, I wanted to be sure it was okay with them before I went ahead. I think they silently hoped the book would never be published. I’m sure they were worried about family repercussions. They thought it imperative that my father not know about the book. But they wanted to be supportive and gave me their tacit approval.

So before I leave New York, my brother-in-law gives me a CD of one of his favorite songs, “Father and Daughter.” Maybe you know it—it’s that beautiful song that Paul Simon wrote for his baby daughter. The refrain is, “There’s never been a father who loved his daughter more than I love you.” And it brought tears to my eyes—because that kind of loving sentiment always made me feel bereft and excluded.

I got back home to Boulder and played it again. And this time, I imagined what it would feel like to BE that little girl basking in her father’s love. And imagining the feeling turned into actually experiencing it. And I wondered, Where is that feeling of love coming from? and then I realized that the feeling was coming from someplace inside of me. And I’d included that story in the Epilogue of the book.

A week or two after I had finished the final edit and the book was being printed, there was a big family shindig in New York in a fancy hotel with 200 hundred guests. Months before, my sister had asked me what we should do about the seating arrangement because at the last family event, her daughter’s wedding, 4 or 5 years ago, she’d seated me and my contingent at a different table from my parents and when I went over to say hello to them and went to put my arms around my father, he pushed me away. So you can see why she was concerned. But I told her, “Why don’t we just try to be a normal family and all sit at the same table.” What’s the worst that can happen. He gets up and leaves. We’ve lived through worse.”

“Okay,” she said.
When the night arrived, it was the summer before last, everyone was on pins and needles about how my father would behave. No one wanted a scene. They were very nervous.

My two sons, my daughter-in-law and my ex-husband were with me. We walk in and are greeted by a crush of friends and relatives. While I talk to them, my ex-husband sees my parents, who are already seated at the table, and he goes over to talk to them. He gets down on one knee so that my father can hear him more clearly. At that point my father was 93. My mother was 90. After a few minutes, one of my sons does the same. I look over. It seems to be going well.

I make my way through the crowd and go over to them. I come up beside my father and he looks up at me and his eyes fill with tears. “Thank you,” he says. He takes my hand and pulls me down to the seat next him. He puts his arms around me. And then we sit hand in hand, with him telling me, he’s there for me, I should come home to visit more often. And my father and I talk and we laugh. The whole family is in disbelief. No one knows what to think or if it will last. He hadn’t spoken to me in 15 years.

We’ve just finished our dessert when the DJ starts to play Father & Daughter, the Paul Simon song. (Honest! No kidding. This really happened.) And it feels like they’re playing my song. And then the music switches to a big band era song (his music). And my father stands up— and he asks me to dance. And we danced.

To purchase a personally autographed copy of Storm of the i go to http://www.tinacollen.com/ and in the comment box include how you'd like it signed. Books are also available at Barnes & Noble, Borders and Amazon. If your favorite bookstore doesn't have it on the shelf they can order it for you.
The next stop on Tina’s blog tour is Doing It With Grace at http://doingitwithgrace.blogspot.com/

We’re giving an autographed book away in a contest, asking people to leave a comment answering this question:

Oftentimes the objects we hold onto contain cryptic clues that point towards something deeper about ourselves. Take a look around your house (or your room) at the things with which you have surrounded yourself. Is there anything you are still hanging onto that seems to contain a hidden message for you? What do you think it is?

Good luck and enjoy the rest of the tour!

Posted by Sandra's Book Reviews at 8:57 AM